What can stop us from focusing in experiencing sufficiency in life?

What is Prosperity Consciousness? 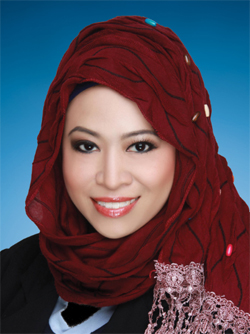 Murshidah is a regular speaker at conferences and is currently working on her first book. She is a regular speaker and motivator on Hello on Two on RTM2, is a resident speaker on Image on the Breakfast Show on NTV7, has been interviewed with Dato’ Dr Sheikh Muszaphar on Bernama’s BizTalk, and interviewed on Image on BFM the Business Station in Malaysia. In Singapore, she was a guest motivation speaker on Warna Radio’s Business Programme, Paradigma. She is the Image Consultant featured in New Man magazine’s September issue and is in Jutawan magazine’s September issue. She is a contributing writer to Aquila Asia, a woman’s lifestyle magazine. She was also the featured Transformation Coach on KISS92 FM radio station in Singapore. Murshidah is the brand Ambassador and educator of the WORLD HIJAB DAY, a global movement that promotes better understanding of the Hijab. She has been interviewed by HuffPost Live, Mob TV, Astro Oasis and featured in the Malaysian Insider.